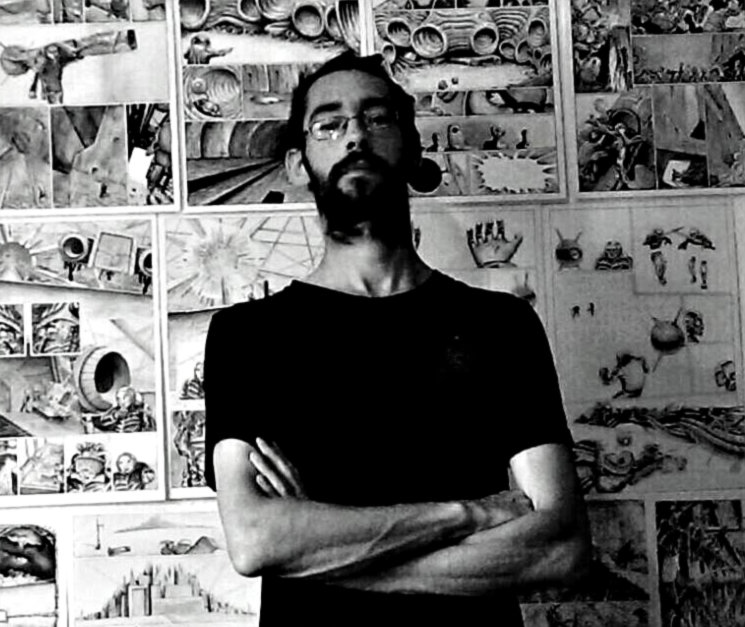 Surreal, science-fiction, cyberpunk, dystopian art, illustrations and comics by Belgian, Berlin based artist Simon Lejeune alias Haedre has been working as a freelancer since 2004 and had commissions for different purposes, including concept art for virtual reality games, music record covers and advertising material.

For several years he produced “Breakcore”, a mixture between Jungle and Gabber under the pseudonym of “Simon Korfunkle”. During this time, he illustrated reams of flyers and posters related to music events that he was playing at or organizing. His musical career gave him the chance to perform all over Belgium, Europe, the USA and Russia.

The main focus of his work in recent years has been the creation of various comics which were successfully self-published. Of course, he has exhibited and sold original artworks at several international events, ranging from group and solo shows to comic conventions and art fairs. Some of his works are published in the book “Biomech Art: Surrealism, Cyborgs and Alien Universes” which gives an overview over the most notable artists in the genre called “Biomechanical Art”.

You can find more of his work @ http://haedre.com/